The Davidson County Community College Foundation was formed in 1968 as a nonprofit educational and charitable organization with the sole purpose of supporting DCCC and its students. Thousands of dedicated donors and millions of dollars in generous support have made the DCCC Foundation one of the largest community college foundations in the state, capable of funding not only student scholarships that are vital to hundreds of students each year, but also a number of strategic initiatives that help DCCC be an educational leader regionally, across the state, and nationwide. 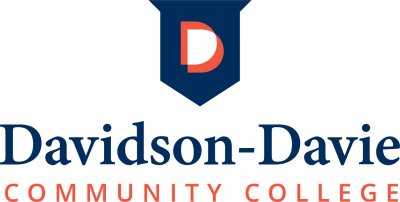 counties, and we can’t wait to see what the future holds,” said Board of Trustees Chair Kevin Firquin in a video released to college employees on the evening of December 31 and to the public at midnight. “Thank you for being part of this incredible journey.”

The college’s history dates back to the late 1950s, when communities around the state began exploring the possibilities of developing industrial education centers with funding provided by the North Carolina General Assembly. Local leaders, including Lexington’s Felix Gee and Thomasville’s Doak Finch, rallied their communities to raise the funds to make this undertaking possible.

“I remember when my dad was working to establish the institution that would become DCCC,” said Elizabeth Gee, a longtime Foundation Board member at the college and daughter of the late Felix Gee. “He would be amazed, and so proud, of where we are today. And I’m delighted to be part of this important moment.”

As one of North Carolina’s mid-sized community colleges, DCCC has consistently returned outstanding performance on many fronts. Notable among its accomplishments has been participation in national initiatives such as Achieving the Dream and Completion by Design, as well as being named a “top producer” of Fulbright scholars as part of its robust international education program that includes international students and opportunities for global travel. Students enjoy numerous opportunities outside the classroom and cheer on “Storm” athletes in three sports — men’s basketball, women’s volleyball, and men’s and women’s golf. Solid achievement on statewide performance measures and having one of the state’s largest community college foundations to support scholarships and strategic initiatives has rounded out its accomplishments. Even over the course of many decades, only four presidents have followed Bill Sinclair, the director of the original industrial education center.

“Today, there’s a new entry in our history book,” said Dr. Darrin Hartness, college president since January 2019. “But know this … as we proudly share our new name, we also recommit ourselves to the same core mission: an excellent education, which leads to promising careers, and supports the success of the communities we serve in Davidson and Davie counties.”

From almost the beginning, DCCC had a presence in Davie County, which did not have a separate community college. However, that presence was not formalized until the 1980s when local Davie County leaders advocated for official recognition of DCCC as the provider of community college education for that county. In 1994, the Davie Campus in Mocksville opened. Terry Bralley, now president of the Davie Economic Development Commission, received an honorary degree from the college in 2020 for his role in championing an official presence for DCCC in Davie County. 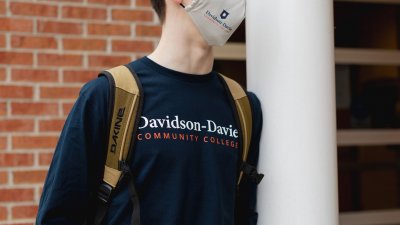 “I think I’ll be speaking for many in Davie County when I say I’m thrilled about the new name for our community college,” said Terry Renegar, chair of the Davie County Board of Commissioners and president of the college’s foundation, which now becomes Davidson-Davie Community College Foundation. “It’s true, this college has been part of our community for a long time, so the name is just a better way of describing the partnership we have in support of higher education for individuals and for the community as a whole.”

Our 40-member Foundation Board of Directors works closely with the college’s Board of Trustees to ensure that Davidson-Davie can pursue its mission and grow for the future with high-quality, innovative programs and services across both Davidson and Davie counties.

Thank you for your ongoing support. You make great things happen at Davidson-Davie Community College.